Curators: What, How & for Whom / WHW (Ivet Ćurlin, Ana Dević, Nataša Ilić and Sabina Sabolović)

With contributions by Ana Janevski and Jurij Meden

Shadow Citizens reexamines the radical film praxis and extensive œuvre of filmmaker Želimir Žilnik (b. 1942, lives and works in Novi Sad, Serbia) within an exhibition context. From his beginnings in the lively amateur film scene of Yugoslavia in the 1960s, Žilnik has gone on to make more than 50 films, including a number of feature films and TV productions, often in the genre of docudrama. Many of his films foretold, and later on chronicled, real-world events such as the dissolution of Yugoslavia, the economic transition from socialism to a neoliberal order, the elimination of workers’ rights, and the wider social erosion related to labor and migration. The exhibition’s title, Shadow Citizens, reflects Žilnik’s lifelong focus on invisible, suppressed, and under- and misrepresented members of society.

Žilnik received international recognition early on, winning the Golden Bear for Best Film at the 1969 Berlin International Film Festival for his first feature film, Early Works. At the same time, his films encountered political opposition, and in the early 1970s he left Yugoslavia for West Germany, where he realized several independent films, including some of the earliest films dealing with the topic of guest workers. In the 1980s, after leaving Germany—due to his films once again facing political opposition and censorship—and returning to Yugoslavia, he made numerous TV and feature films in which he portrayed early symptoms of the country’s growing social conflicts, continuing in the 1990s and 2000s with films dealing with the maladies of the post-socialist transition as well as questions of migration.

Shadow Citizens at Kunsthalle Wien is an expanded version of a show developed in partnership with the Edith-Russ-Haus for Media Art in Oldenburg, Germany, in 2018 and later also shown at Gallery Nova in Zagreb. The exhibition builds on the long-term research on Žilnik by kuda.org (Novi Sad), which is gathered at zilnikzelimir.net. Shadow Citizens includes Žilnik’s iconic shorts from the beginning of his career, as well as feature films, film excerpts, and documentary material, thus covering Žilnik’s entire oeuvre and its critical and public reception over the years. It also features rarely screened films and material, such as Public Execution (1974), shot in Germany, and a TV reportage on The Gastarbeiter Opera (1977), Žilnik’s only theater play.

The exhibition in Vienna also presents a line of research that focuses on the context within which Žilnik got his start—the amateur cine clubs that existed in many cities in Yugoslavia. Shown alongside Žilnik’s works are a variety of films produced in the 1950s and ’60s within the cine clubs in Zagreb, Belgrade, Ljubljana, and Split. This section is curated by Ana Janevski. Additionally, for this iteration of Shadow Citizens, film curator Jurij Meden, in close collaboration with the artist, has created the film essay Želimir Žilnik: The Films in My Life, which reflects on the ways in which Žilnik’s works intersect with the wider context of film history.

As part of Kunsthalle Wien’s collaboration with the Viennale, a selection of Žilnik’s films are being shown at the festival, which takes place from October 22 to November 1. Within the framework of its KINEMATOGRAPHY series a cross-section of his diverse œuvre will be shown, illuminating his stirring, undogmatic belief that he can change the world through film:

A special screening program, organized in collaboration with the Austrian Film Museum, and focused on a previously neglected segment of Žilnik’s TV works from the 1980s, will conclude the exhibition in January.

A series of discursive and educational events will run alongside the exhibition. Žilnik’s most recent feature film, The Most Beautiful Country in the World (2018), was shot in Vienna, and many of the public programs are being organized in collaboration with communities with whom he worked on this film.

October 22, 2020, 7pm
Shadow Citizens online book launch
As an expansion of the exhibition Shadow Citizens at the Edith-Russ-Haus for Media Art in 2018, a book of the same title was published by Sternberg Press and the Edith-Russ-Haus, with the generous support of the German Federal Cultural Foundation. For the first time in English and German, the publication offers insights into different aspects of Želimir Žilnik’s film praxis. For the launch, the authors of the texts—Boris Buden, Greg de Cuir Jr, Ana Janevski, Dijana Jelača, Edit Molnár, Bert Rebhandl, and Marcel Schwierin—discuss Žilnik’s film œuvre.

Photos from the exhibition: 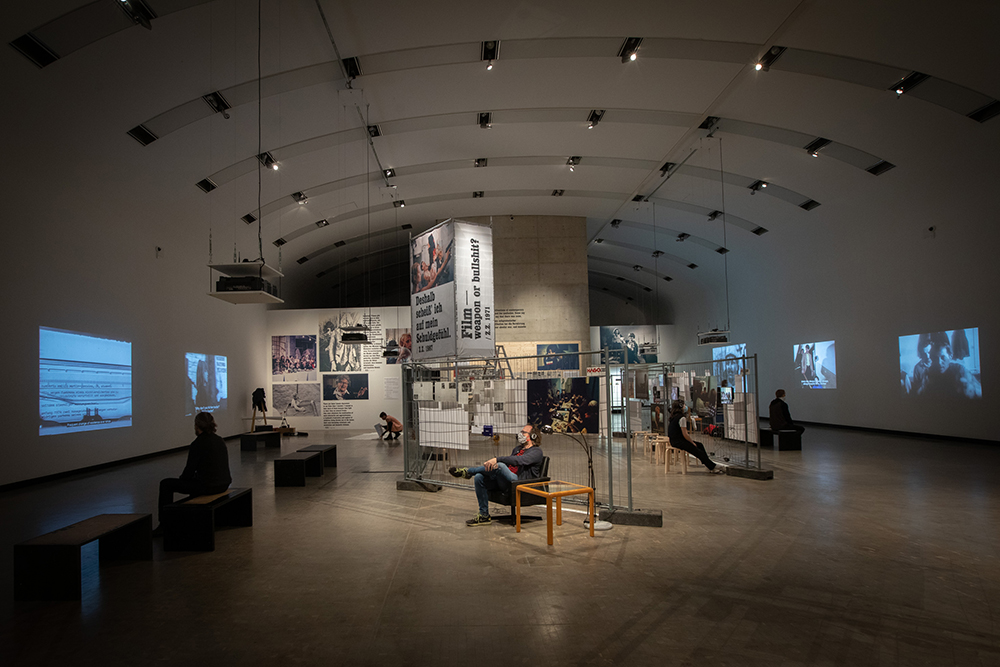 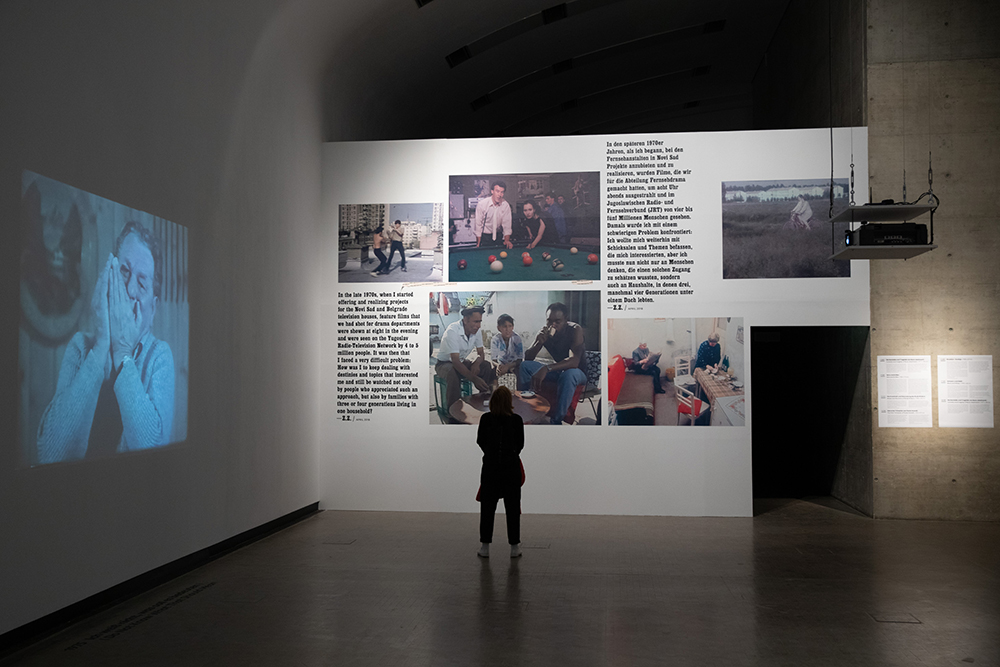 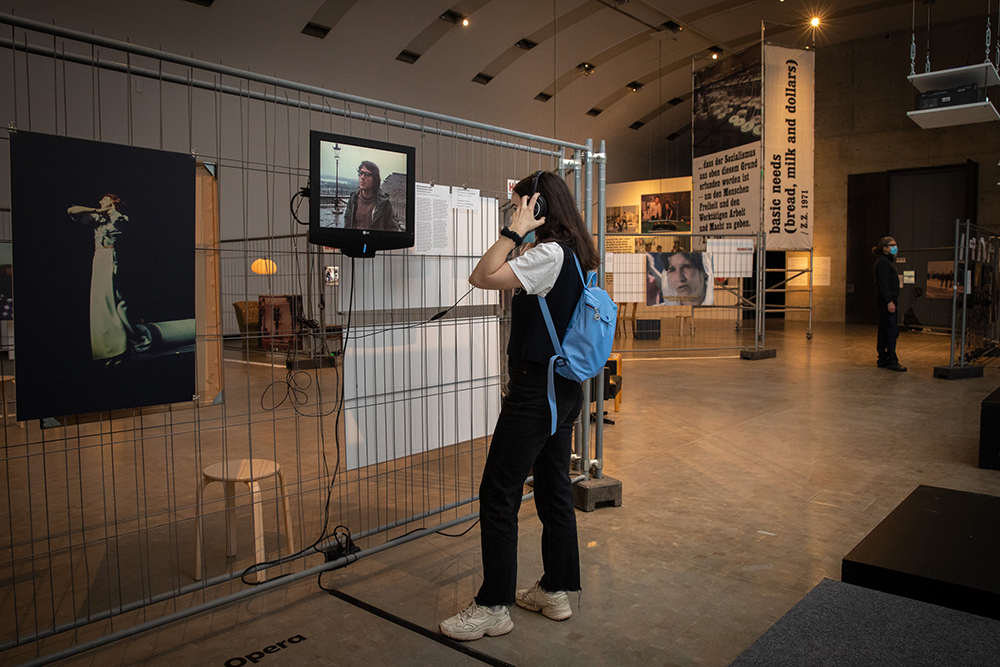 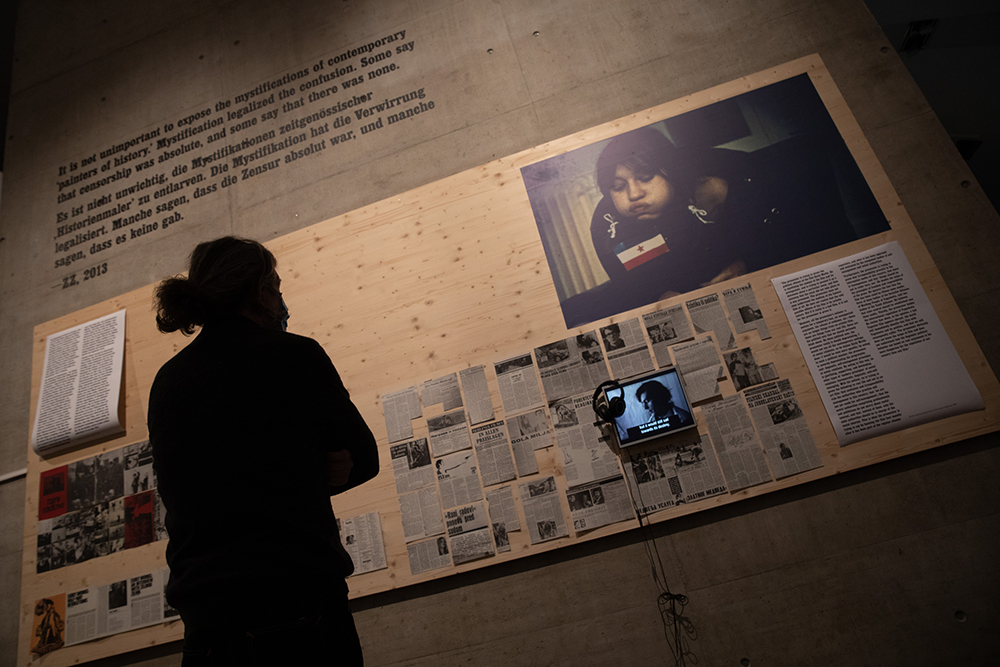 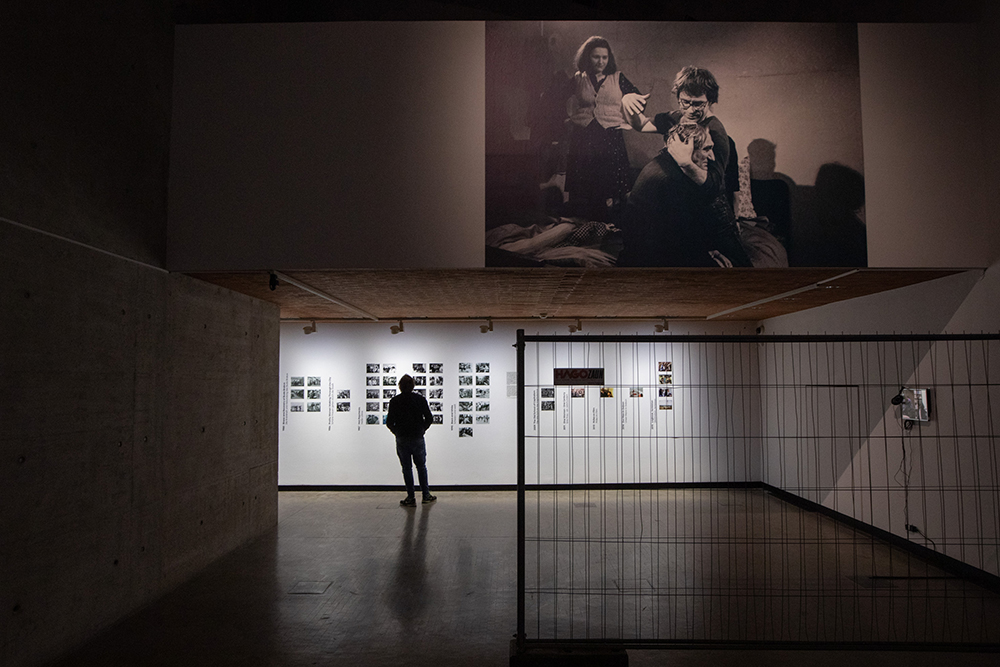 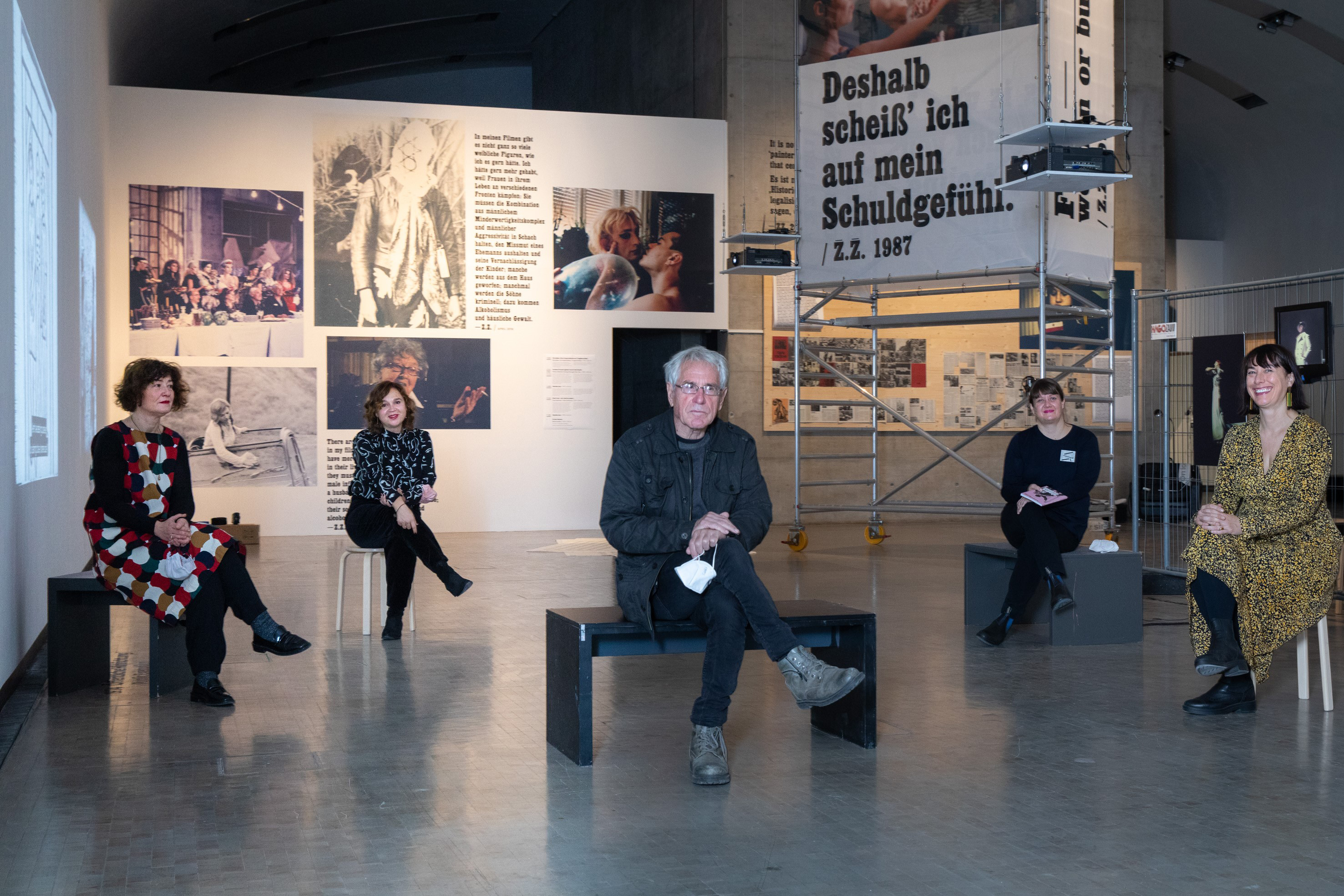 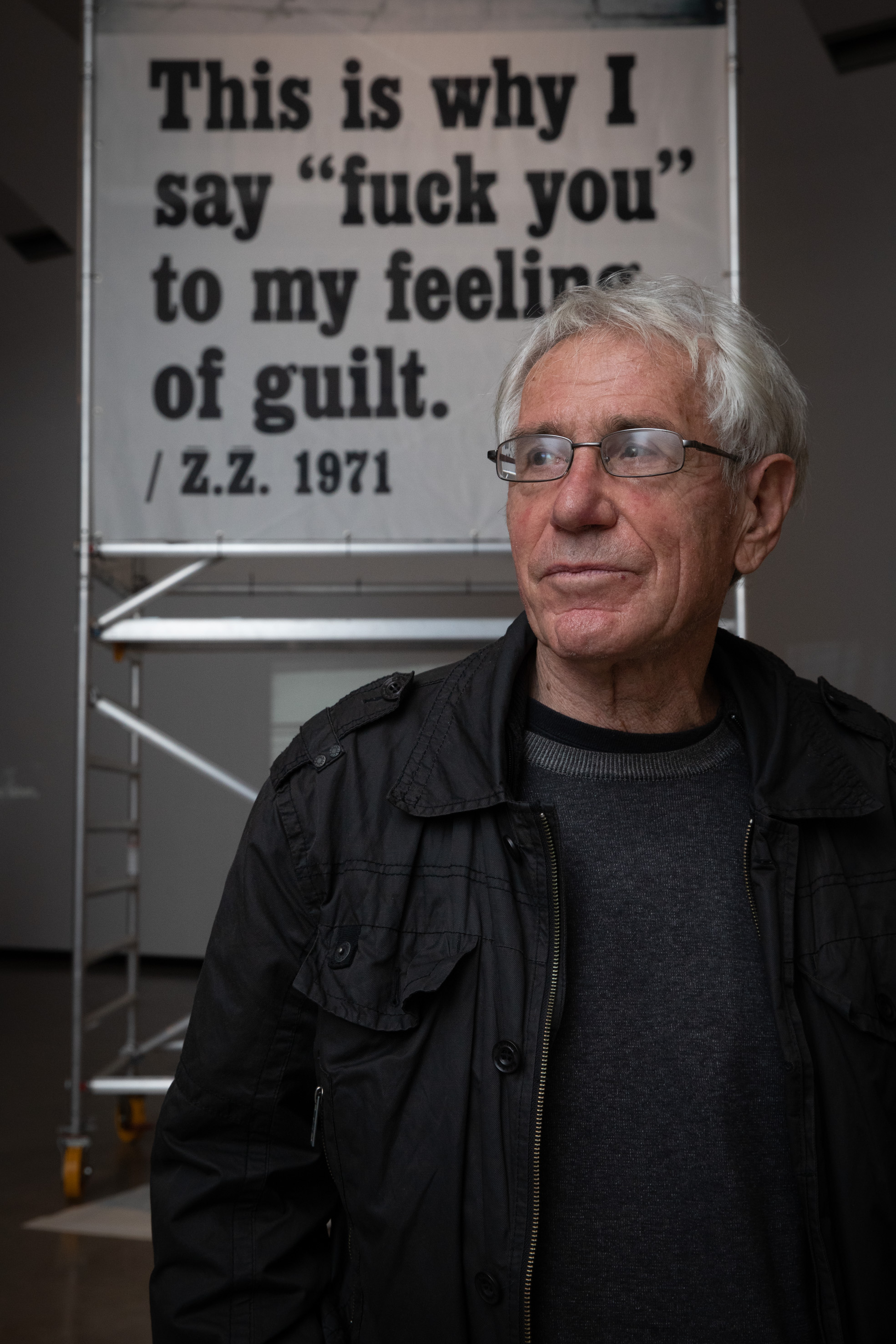 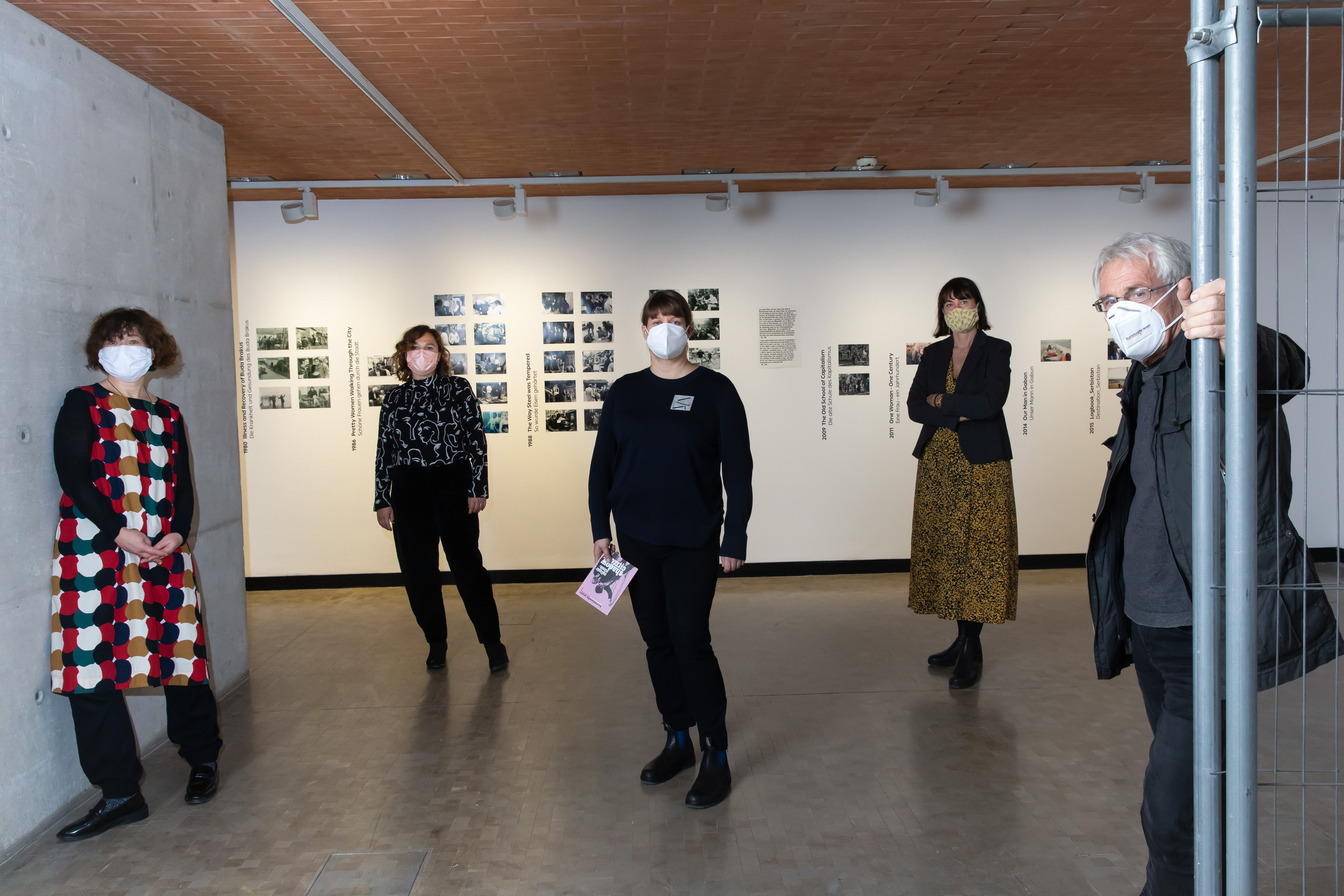 This web site gives an overview and is an attempt to create an educational research platform dedicated to the contextualization and problematization of the relationship between Žilnik's artistic engagement and the political and social environment of his work, from the beginning of 1967 to the present. Through a collection of three research projects, the diverse material that is before you is a corpus for further analysis, valorisation and systematization of Žilnik's cinematographic work.

This web site contains research essays, information about complete filmography and material (press clips, photographs and inserts from films) from the personal archive of Želimir Žilnik, who is the rights holder of published photographs and clips. We would like to thank Bora Ćosić for the permission to digitalize and publish within this project special issue No 3 of magazine ROK, dedicated to the Žilnik's movie Early Works, as well to all authors of published newspaper articles and authors of essays who are copyright holders of the given material. We would like to thank RTV for permissions to show films of  Želimir Žilnik First Trimester of Pavle Hromiš, The Comedy and Tragedy of Bora Joksimović, Vera and Eržika during the online screening programs, and RTS on the permission to show films Brooklyn-Gusinje, Dragoljub and Bogdan: Electricity, Good morning Belgrade.

Publishing of this material has exclusively educational purpose and it is dedicated to future use in personal, research and and non-commercial intent. For any further use of the material, it is advisable to contact authors.

The web site is conceived as an initial platform and is the result of work on projects “For an Idea – Against the Status Quo” (vol.1 / vol.2) 2009-2011 which was realized in the co-production of Center_kuda.org and Playground production from Novi Sad, “An Introduction to the Past” 2009-2013 Center_kuda.org, and “Shadow Citizens” 2017-2018 realized in co-production of a curatorial collective What, how and for whom / WHW from Zagreb and Edith-Russ-Haus für Medienkunst from Oldenburg.